I am so tired of sewing with Christmas fabrics.
So much so, that I think I went a little overboard
in terms of starting new projects this week.
This is what my sewing desk looks like:
This is how the floor looks:

And this is the hallway to our bedroom: 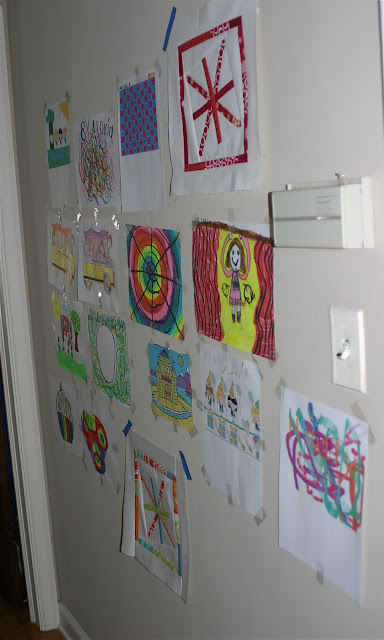 The girls wanted to have a New Year's art show--
they were starting to tape pictures all over the kitchen,
but I suggested that we move to the hallway--
more like a gallery, don't you think?
They were thrilled when I added 2 quilt blocks to the art show/contest.
They are hilarious judges --
there were many winners in this art show, complete with hugs as prizes. 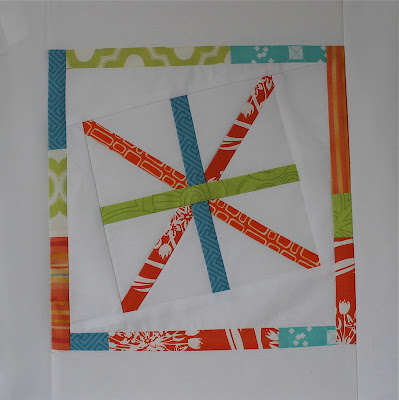 What do you think of this block?
I've been playing around with scraps, trying to get ideas for a block for the 4X5 bee (blocks are due soon!), and ideas for scrappy blocks.  One of my goals for 2012 is to use my current fabrics, scraps and all, before buying anything new (except for solids, of course, and maybe some Flea Market Fancy when it is re-released).
Linking up to:

Posted by CityHouseStudio at 5:02 AM

CityHouseStudio
Hi, I'm Michelle, a lucky mom of two very creative little people. Our house is our studio-there are handmade pictures on our walls and quilts everywhere. My little artists (8 yr old twins Holly & Alexia) are busy with creations of all kinds, and I try to fit in as much sewing and quilting as I can. I love to make things, both with my little artists and after they are sleeping. Thank you for visiting!

Welcome to our "City House Studio" 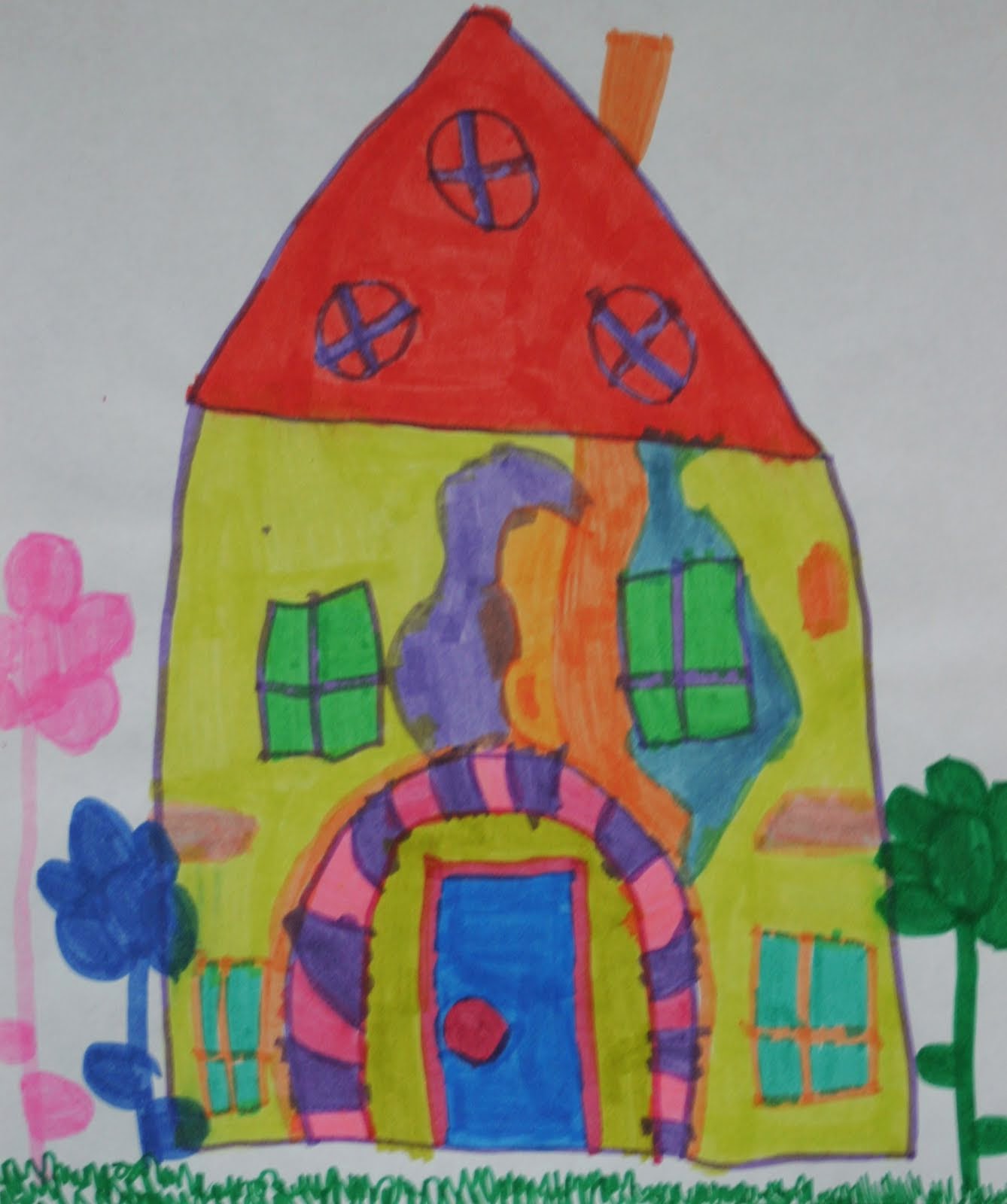